The recent rankings of the animal welfare laws by the Animal Legal Defense Fund have been released.

Iowa was ranked 49th in the country on animal welfare laws by the Animal Legal Defense Fund on January 28, 2020.

“Part of the reasons for that law, for that ranking, is our companion animal cruelty laws are pretty bad,” said Grace. “We don’t have a first offence felony torture charge. We are one of two that have that built in. The definitions of neglect, abuse, and torture are substandard, the penalties are incredibly lax, and our neglect statue frankly doesn’t cover every basis for what we typicaly see as neglect.”

According to the ARL’s website, the Animal cruelty law, House bill 737 did not pass the 2019 legislative session. The bill will help explain and define abuse, neglect, and torture, as well as increase the punishment that follows. Grace said he and other advocates fear violence against animals could escalate to people if strict laws aren’t passed soon.

“It’s really difficult to charge torture or abuse,” said Grace. “And neglect is also, it doesn’t cover all your bases, like I said before, so it fixes those issues. It increases the penalties so that these crimes are with the weight and gravity that they deserve. Especially knowing that there is a definitive link between abuse and violence towards animals and future escalations of violence towards other people. I mean if you’ve ever seen a true crime documentary, you might see the trope that oh well the serial killer started off with the neighborhood cats. That actually bares out in the research, turns out. So to combat that, our bill mandates mental health evaluation and treatment following a conviction under most of those circumstances.”

Grace said both he and the ARL of Iowa will continue to put pressure on lawmakers to change state law.

If you would like to learn more about this bill or what the ARL is doing, you can go to the ARL Humane Action Network page which is on their website at http://www.arl-iowa.org. 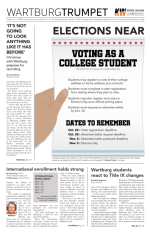